The Advanced Reproductive Medicine Department developed as a natural need of Prof.DR.RAJESWARI JAYARAMAN with a unique track record of over 50 years of maternity service delivering around 500 babies a year. Ably supported by DR.RAJAPRIYA AYYAPPAN, the founder of Om Fertility Centre, THE FERTILITY BOUTIQUE, all the steps of the procedure (including the consultation, all the ultrasound scans, egg collection and embryo transfers) are done personally by her. It is the place for personalised individualised approach with maximal results of your fertility potential.

ALL facilities for advanced fertility treatment available under one roof for HOLISTIC AND SPECIALISED FERTILITY CARE. The Childless Couple find the Centre as the Best Choice because INVESTIGATIONS AS NECESSARY ONLY STEPWISE THERAPY BASED ON AGE AND DURATION OF MARRIAGE PURSE FRIENDLY CHOICES UNDERSTANDING THE COUPLE PATIENTS RIGHTS ARE RESPECTED ICMR REGULATIONS ARE FOLLOWED OPTIONS TO CHOOSE, CONFIDENTIALITY, TRANSPARENCY are all taken care of.

Undergoing assisted conception can be stressful. Counselling is very important at all stages and is part of our management protocol. We hold your hand through thick and thin. WE provide state-of-the-art IVF treatment at affordable prices in a comfortable atmosphere. Patient friendly MILD stimulation protocols are followed, the clinic is proudly OHSS FREE! We provide comprehensive range of services from key hole surgery to high risk maternity care. A centre of excellence providing INTERNATIONALLY QUALIFIED specialist reproductive healthcare for women in Chennai, Tamil Nadu, India. Om fertility Centre is recognised by the Govt. of India and is enrolled under the National Registry of ART Clinics in India of ICMR. We are Enrolled by DMS, TAMILNADU also. Our ICMR Enrolment number is 10453.

Our clinic offers IVF (In Vitro Fertilization), ICSI (Intracytoplasmic sperm injection) treatment to infertile couples from all over the World. The ably qualified and trained team, both the Clinician and Embryologist, show commitment in their chosen fields. Couple can have faith in the attempt to get a biological offspring as there is transparency and witnessing of the whole treatment programme.

It is designed to provide the stable nontoxic, pathogen free environment for gamete handling so that they are not exposed to detrimental fluctuations in the environment. This is achieved by positive pressure hepa filters, air conditioners with biological filters & incubator unit and air purifier. A dedicated Ultrasound machine for the IVF/ICSI procedures is within the OT. All these steps ensure optimum success possible, in a given couple. American college of Embryology–ACE accredited assisted reproductive technology Lab with best possible results for a given couple is possible.

Your search for the appropriate IDEAL centre ends here – Center for Assissted Reproduction – All Under One Roof
All Andrology, Embryology, ART - Basic to Advanced Facilities Offered

Is a type of treatment for infertility. IUI is known by most people as artificial insemination. In this procedure, the woman is injected with specially prepared sperm. IUI is often used to treat:

Couples can use donated sperm when a man does not produce sperm or produces very low numbers of sperm, or if he has a genetic disease. Donated sperm can be used with intrauterine insemination or with IVF. THE SAMPLE CHOSEN IS FROM A SEMEN BANK THAT FOLLOWS THE PRINCIPLES.

Sperm retrieval from the testis is offered for men with Azoospermia to help them get their genetic offspring’s the viable sperm obtained is used for ICSI. The procedures include

What is IVF / ICSI? What is test tube baby or assisted reproduction technology ART

Ovaries of female partner (wife) are stimulated by using injectable gonadotropins. Follicular monitoring done using Trans vaginal ultrasonography. After the follicles reach adequate size, HCG injection is given and oocytes retrieval done after 34-36 hours. Oocytes are assessed for maturity. Sperm is collected from husband and processed. Frozen semen sample may also be used if husband is unable to collect the semen sample in fresh.

We mostly do, ICSI to ensure better fertilisation. Embryos are grown in Embryology laboratory for 4-5 days depending on the number and quality of embryos. Blastocyst Transfer is planned on a suitable day and the extra embryos are frozen as discussed with the couple.

Pregnancy testing is done after 2 weeks. IT IS ENTIRELY A DAY CARE PROGRAM. NO NEED FOR HOSPITALISATION AS A ROUTINE.

After you test positive for pregnancy, we closely monitor your pregnancy and delivery you a healthy baby, our own team of Obstetricians also deal with high risk pregnancy care.

Sperm can be cryopreserved and stored at very low temperature for future attempts at conception using IUI or IVF. Semen cryopreservation is commonly performed when the male partner will not be available for timed insemination, for men who experience difficulty in the process of semen collection, and in men whose reproductive health is threatened by medical treatments such as cancer therapy.

Ejaculated sperm found in semen have been cryopreserved clinically since the 1980s. Depending on the number and quality of the thawed semen, the attempt to produce a pregnancy in the partner will either be by simple timed insemination or by ICSI. The cryopreservation process itself does not increase the risk of birth defects in children conceived with thawed sperm.

Oocyte cryopreservation provides the opportunity to conserve patient's eggs or oocytes at very low temperatures for future attempts at conception using ICSI. This is a new and developing technology worldwide. Egg freezing requires that the patient undergo ovarian stimulation and surgical procedures to acquire the oocytes. IDEAL for women facing treatment such as cancer therapy that may diminish ovarian function and whenever poor ovarian reserve is diagnosed prior to marriage called social freezing.

Embryos are grown in the lab before they are cryopreserved for later use. Indeed, there is general consensus that cryopreservation (freezing) is possible at any stage of embryo development. Cleavage and blastocyst stage embryos may be vitrified, the embryos that prove most successful for achieving implantation are however unpredictable.WE HAVE A GOOD WORKING PROGRAM FOR BLASTOCYST FREEZING WITH OPTIMAL RESULTS.

In the IVM process, eggs are removed from your ovaries when they are still immature. They are then matured in the laboratory before being fertilised, helps in PCOD and in cancer patients. 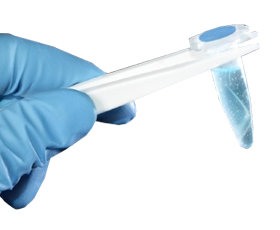 Vitrification or Rapid freezing is more favoured than slow freezing for cryopreservation. Our embryology team Crea Conceptions excel in both.

Frozen/thawed embryo transfer (FET) is a treatment boon available to a cancer inflicted couple too!.

Until recently, eggs fertilized by IVF or ICSI were transferred to the uterus after two or three days, when the embryos were at the two-to-eight cell stage. With recent advances in laboratory techniques, embryos may be transferred after five or six days when they have reached a more advanced stage of development known as a blastocyst which simulate the nature’s way. Lab standards decide the possibility of a good ,successful program. Typically, if a patient’s embryos successfully reach the blastocyst stage, two blastocysts are transferred. By lowering the risk of multiple gestation, the likelihood of a successful term pregnancy is increased.

OUR LAB STANDARDS GIVE AN EXCELLENT BLASTULATION RATE. We also offer SINGLE BLASTOCYST TRANSFER ,as the modern woman wants a smaller and healthier family which is financially more viable!

LASER Assisted hatching (AH) is a procedure of assisted reproductive technology in which a small hole is made in the zonapellucida, using a laser micromanipulation, thereby facilitating for zona hatching to occur. Zona hatching is where the blastocyst gets rid of the surrounding zonapellucida to be able to implant better in the uterus.

This can be used when a woman does not produce her own healthy eggs that can be fertilized. An egg donor undergoes ovary stimulation and egg retrieval steps of IVF. The donated egg can then be fertilized by sperm from the woman's partner, and the resulting embryo is placed into the woman's uterus.

Egg donation may be particularly helpful for women who:

Laparoscopy is done only if necessary: Using the laparoscope, we check the ovaries, fallopian tubes, and uterus for disease and physical problems. We can usually find scarring and endometriosis and other pathology which may not be seen by scan. Any correctable pathology of ovary, tube, uterus and pelvis is treated in the same sitting-see and treat-policy, thus pelvic anatomy is restored to near normal. Hysteroscopy to view the uterine cavity, to see if pathology like septum, polyp, myoma or adhesion is present. A daycase procedure.

Is done for recanalising sterilised fallopian tubes of women using operative MICROSCOPE BY A TRAINED SURGEON. The principles of microsurgery are applied to make tubes function optimally, Whenever a reversible tubal block is diagnosed either proximal or distal end, at least to make one tube functional and patient.

Is essential as Individual fertility potential varies, our aim is to optimise it,the journey to parenthood is variable and we aim at giving viable options to choose and give realistic expectations to protect the physical and mental health of the coupleand keep the marital harmony intact against all odds.

The best way to assess female internal genitalia, especially follicles track. This route needs privacy and gentle handling of the anxious lady. It is ideally done by the same doctor to improve reliability. Doppler gives further information about the blood supply.

Variations in type of cancer, time available to on set of treatment, age, partner status, type and dosage of any chemotherapy and radiotherapy, and the risk of sterility with a given treatment regimen require that each case have its own treatment strategy. To preserve fertility, they may need to accept changes in standard treatment protocols or undertake steps to preserve gametes or gonadal tissue that carry their own risks and uncertainties.

To select the right option for the patient after counselling the possibilities and addressing the concerns of the family and the treating oncoteam.

OUR AIM is not to delay treatment.

Any chronic medical conditions that could alter fertility, such as diabetes or pulmonary disease, should be explored. Exposure to chemotherapeutic agents or radiation therapy due to malignancy may also contribute to male factor infertility. Medications and exposure to environmental agents as well as a history of pelvic, spinal cord, or direct groin trauma may also affect fertility. A couple's coital habits,sexuality including the use of lubricants known to be spermatotoxic should also be explored.

Sexual problems in men are common. Epidemiologic studies show that more than one third of men will complain of problems with penile erection: either not hard enough to penetrate or difficult to maintain once penetration has occurred. In addition, men may have problems with lack of interest in sexual activity, premature ejaculation, delayed ejaculation, inability to ejaculate, poor quality or reduced intensity orgasm, curvature of the penis, painful erections, or other sexual problems. Situational Impotence and collection problems may be frequent.

IN OUR SOCIETY, often neglected, the female sexuality has to be addressed sensitively. The common problems are dyspareunia, lack of interest, anorgasm, arousal and aversion disorders, vaginismus and non-consummation of marriage. Sensitive approach and confidence is essential.

A simple cost effective day care test to evaluate tubal patency of the woman. This screening test is sufficient for initial assessment of tubal block. It is done under asepsis, either using ultrasound SSG, or using X-ray imaging HSG. If abnormal then laparoscopy is offered to rectify.

GIVE US THE PRIVILEGE TO HELP YOU REALISE YOUR DREAM

OM Fertility celebrated 1st anniversary of OM IVF, in a different way by conducting Fertility Awareness Exhibition for public at premises of Srinivas Priya Hospital. Public appreciated it and expressed the need for such enlightening multidisciplinary events. The Baby's Day A REGULARLY organised EVENT was a truly proud moment as 67 babies born of fertility treatment in 2012 were invited, and seeing them at the same time was a heavenly blessing. It was again organised calling home the babies to their birthplace in February, 2016.

We are a team of qualified trained to serve our patients needs.

Support and assistance in delivering the future generation.

The first step towards a healthy life is to schedule an appointment by complete the request form.